COVID-19: What Happens Inside The Body? 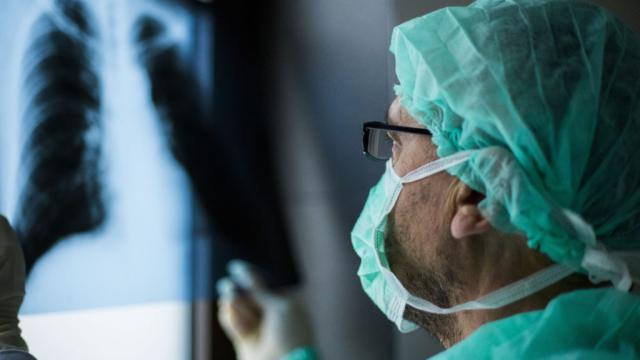 How does the body respond when the SARS-CoV-2 virus infects it? Which physiological processes help or hinder us in getting rid of the virus, and which processes ensure that we have a mild form of COVID-19, the disease that the virus causes? In this Special Feature, we investigate.

The more we learn about COVID-19, the more we have to question our assumptions about it.

Early on in the COVID-19 pandemic, our information about the disease came from clinical case reports of COVID-19 and what we knew about influenza pandemics and the severe acute respiratory syndrome (SARS) resulting from SARS-CoV.

SARS-CoV is a coronavirus that shares 82% of its genome with SARS-CoV-2. In 2003, it caused an international SARS epidemic.

It quickly became clear that COVID-19 was very different than seasonal influenza, with higher mortality and infectivity, but it took longer to realize that there were important differences and similarities with SARS.

For instance, COVID-19 is infectious even during the presymptomatic phase. Also, physiological processes that are harmful in one phase of the disease may become helpful later. For example, the angiotensin converting enzyme 2 (ACE2) receptor, which allows the virus to enter the body, may also be key to the protection of the lungs in the later phases of the disease.

This feature describes what we know so far about COVID-19. To explain the different processes that occur within the body, we have split the disease into four separate phases that roughly match the different levels of severity: mild, moderate, severe, and critical.

However, in reality, the physiological processes underlying these phases overlap. People with COVID-19 may or may not show features of earlier or later phases.

Phase 1: Cell invasion and viral replication in the nose

Both SARS-CoV-2 and SARS-CoV gain entry via a receptor called ACE2.
More commonly known for their role in controlling blood pressure and electrolytes, these receptors are also present in the lungs, back of the throat, gut, heart muscle, and kidneys.

In 2004, researchers from the University Medical Center Groningen in the Netherlands reported that ACE2 receptor cells were not present on the surface layer of cells in the nose and were, therefore, not an important site for SARS-CoV viral replication.

In SARS, there are hardly any upper respiratory tract symptoms, and viral units are rarely present outside the lungs. This fact initially took the focus away from continuing to look for ACE2 receptors in the nose.

Recently, an international team of researchers has found the ACE2 receptors on goblet (secretory) cells in and on ciliated (hairy) cells in the nose.

More recently, scientists have found ACE2 receptors in the mouth and tongue, potentially indicating a hand-to-mouth route of transmission.

Researchers also found a plentiful supply of a protease called TMPRSS2, which chemically splits off the top of the coronavirus spike to allow the SARS-CoV-2 RNA to enter into the nasal cells.

Once inside the cell, the virus's genetic material directs the cell to manufacture millions of new copies of itself.

According to a paper that has not yet undergone peer review, the protease TMPRSS2 can act more easily to remove the top section of the coronavirus spike because a genetic difference between SARS-CoV and SARS-CoV-2 means that there is now an easily broken section known as the furin-cleavage site.

As a result, SARS-CoV-2 can bind 10 times more tightly to insert its RNA into the cell, starting to explain why COVID-19 spreads so rapidly.

A small but very careful study of viral samples from nine people admitted to hospital following contact tracing - as part of a cluster of COVID-19 cases in Germany - has shown the importance of replication in the nose for the early spread of the virus.

On average, there were 676,000 copies of the virus per swab from the upper respiratory tract during the first 5 days of symptoms. The levels of the virus in six out of the nine participants were undetectable in the nose and throat by day 10. Samples were available from day 1 of symptoms.

In all but one of the nine individuals, the viral load in the upper respiratory tract swabs was dropping from day 1, suggesting that the peak preceded the onset of symptoms.

This has clear implications for preventing the transmission of the virus.
In a preliminary report by Menni and colleagues, which has yet to go through peer review, loss of sense of smell occurred 6.6 times more commonly in people with other symptoms of COVID-19 who went on to have a positive COVID-19 PCR test (59%) than in those who had symptoms of COVID-19 but tested negative (18%).

The ACE2 receptors and the protease TMPRSS2 have also been found in the supporting structures for the sheet of nerve cells in the upper part of the nose, which transmit signals about smell to the brain.

This is the first research to provide a potential explanation for this important symptom of COVID-19. However, this study is also awaiting peer review.

According to Menni's study, loss of smell was the most commonly reported upper respiratory tract symptom in those testing positive for COVID-19, affecting 59% of people. It was more common than a persistent cough (58%) or a hoarse voice (32.3%).

Interestingly, data from the first description of 99 people who tested positive for COVID-19 in Wuhan, China, suggests that some symptoms you might expect to see from a respiratory virus are not that common in COVID-19. For instance, only 4% had a runny nose, and 5% had a sore throat.

Phase 2: Replication in the lung and immune system alerted

The viral load study in Germany showed that active viral replication occurs in the upper respiratory tract. Seven out of nine participants listed a cough among their initial symptoms.

In contrast to the falling numbers of viral units in the upper respiratory tract, numbers in sputum rose for most of the participants.

In two individuals with some signs of lung infection, the virus in sputum peaked at day 10–11. It was present in the sputum up to day 28 in one person. Across all participants, there was an average of 7 million units in 1 milliliter (about 35 million units in a teaspoon). This amount is about 1,000 times more than that in people with SARS.

In the lung, the ACE2 receptor sits on top of lung cells called pneumocytes. These have an important role in producing surfactant - a compound that coats the air sacs (alveoli), thus helping maintain enough surface tension to keep the sacs open for the exchange of oxygen and carbon dioxide.

As soon as the body recognizes a foreign protein, it mounts the first response. One part of the body's immune response - the lymphocytes - begin to produce the first defense IgM-type antibodies and then the longer term specific neutralizing antibodies (the IgG type).

80% of people with COVID-19 will have mild or asymptomatic disease, with common symptoms including fever, cough, and loss of sense of smell. Most will only have phase 1 or 2 physiological responses to SARS-CoV-2 infection.

Approximately 13.8% of people with COVID-19 will have severe disease and will require hospitalization as they become short of breath. Of these individuals, 75% will have evidence of bilateral pneumonia.

Pneumonia in COVID-19 occurs when parts of the lung consolidate and collapse. Reduced surfactant in the alveoli from the viral destruction of pneumocytes makes it difficult for the lungs to keep the alveoli open.

As part of the immune response, white blood cells, such as neutrophils and macrophages, rush into the alveoli. Meanwhile, blood vessels around the air sacs become leaky in response to inflammatory chemicals that the white blood cells release.

This fluid puts pressure on the alveoli from outside and, in combination with the lack of surfactant, causes them to collapse.

As a result, breathing becomes difficult, and the surface area in the lung where oxygen transfer usually takes place becomes reduced, leading to breathlessness.

The body attempts to heal itself by promoting inflammatory and immune responses.

The World Health Organization (WHO) advise against the use of glucocorticosteroids during this phase, as they could prevent the natural healing response. The evidence seems to refute this position, but this is a fast developing field, and findings are subject to change.

Most patients will recover at this stage with supportive intravenous fluids and oxygen via a mask or an external positive pressure mask.

The most common time for the onset of critical disease is 10 days, and it can come on suddenly in a small proportion of people with mild or moderate disease.

In severe acute respiratory distress syndrome (ARDS), the inflammation stage gives way to the fibrosis stage. Fibrin clots form in the alveoli, and fibrin-platelet microthrombi (small blood clots) pepper the small blood vessels in the lung that are responsible for gas exchange with the alveoli.

There is hope that drugs already licensed for anticlotting action in strokes could be helpful at this stage.

Cytokines are chemical mediators that white blood cells such as macrophages release, and they can engulf infected cells. These cytokines - which have names such as IL1, IL6, and TNFα - have actions that include dilating the vessel walls and making them more permeable. In extreme circumstances, this can lead to a collapse of the cardiovascular system.

Estrogen in mouse cells suppresses the release of cytokines from macrophages. Although animal studies often fail to translate into important findings in humans, this could be one explanation for worse outcomes from COVID-19 in males.

While smaller numbers of ACE2 receptors are protective in phase 1, as there are fewer landing sites for the virus, by the time we reach phase 4, these receptors may become protective.

In response to infection, ACE1 creates excess angiotensin 2 from angiotensin 1.
Angiotensin 2 directly damages the lungs, causes blood vessel constriction, and makes the blood vessels leaky. Drugs that doctors typically use in the treatment of hypertension (ACE inhibitors and ARBs) may be helpful at this stage.

The role of ACE2 inhibitors in treating COVID-19 is a complex one. As some authors note, on the one hand, using them may lead to a higher risk of SARS-CoV-2 infection. On the other hand, ACE inhibitors may reduce the lung damage that this infection causes.

Furthermore, it is noteworthy that "the protective role of ACE2 in the respiratory system is supported by ample evidence, whereas the increased danger of infection is still a hypothesis."

This is why more research is necessary to understand the physiology of this challenging new disease.

We request you to login